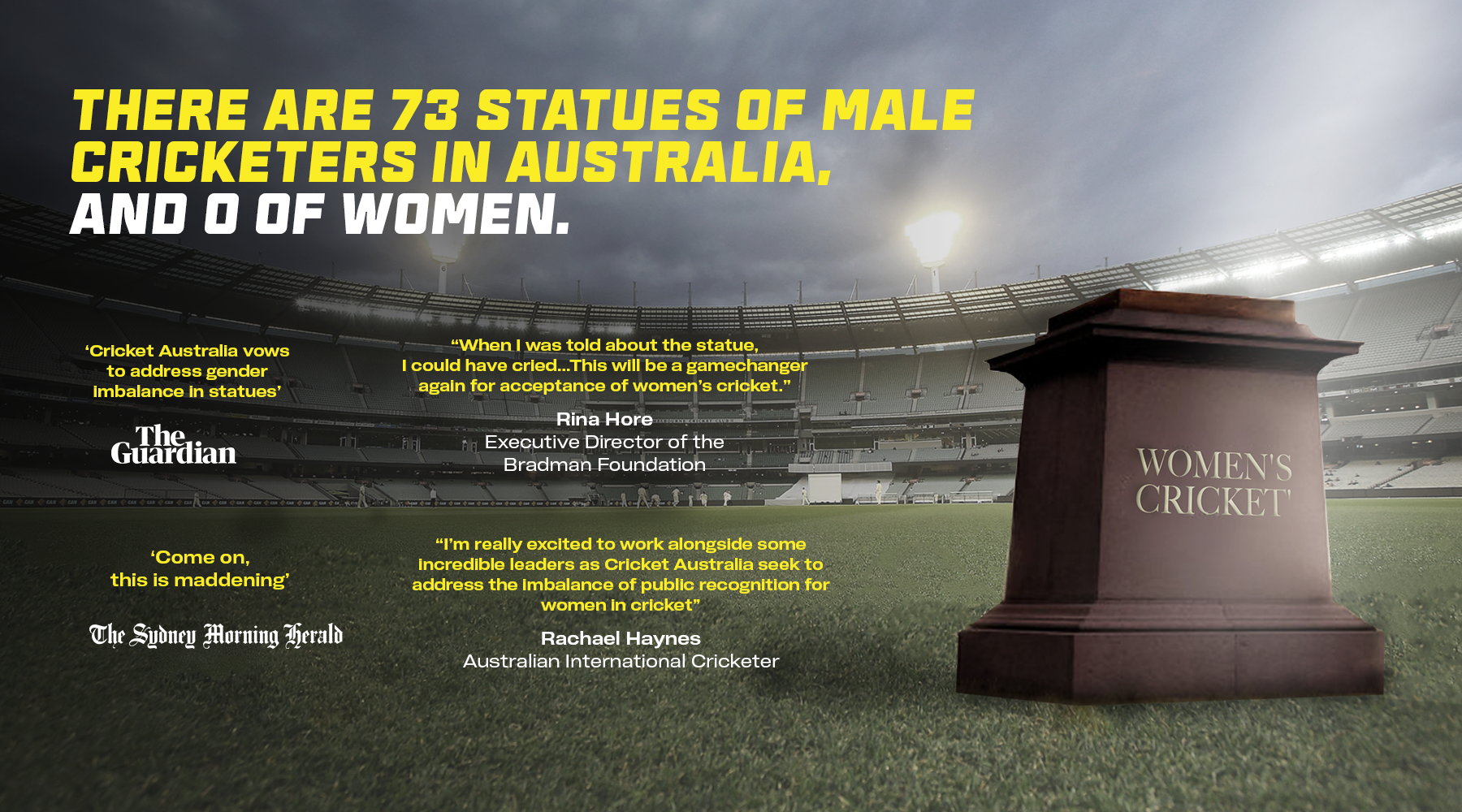 Number 73 is an impassioned and important national campaign on gender equality and women’s recognition that was awarded the inaugural B&T Diversity Award - Work.

Provide a recommendation how Cricket Australia could join the conversation around International Women's Day in context with our brand positioning – ‘What we’re made of’.

There are 73 known bronze statues of male cricketers in Australia, and zero of women. It’s time to start redressing the balance. Not in the next 10 or 15 years, but right now.

After discovering this statistic I worked with Cricket Australia to establish a permanent committee tasked with addressing the imbalance of recognition for female cricketers, past and present.

The committee commissioned an artwork celebrating Australia’s ICC Women's T20 World Cup win and announced the creation of the first public statue of a female cricketer to be developed by 8 March 2022. Sparking conversation around the nation about the importance of female recognition, Cricket Australia has not only highlighted the issue but also committed ongoing support.

"When I was told about the statue, I could have cried...This will be a gamechanger again for acceptance of women’s cricket.”
‍
Rina HoreExecutive Director of the Bradman Foundation

We also took the campaign across various social platforms to promote the conversation and to challenge venues, art institutions and sporting clubs to ensure diversity and inclusion is represented to inspire the next generation.

The original campaign involved working with local artists to build  73 statues that would be unveiled in Federation Square before finding a permanent home at local cricket clubs around Australia. The effects of COVID meant we had to pivot towards a PR and digital led creative response.

Together, we were able to create a big impact with minimal budget and no paid media support, we fuelled conversations around the nation on the importance of representation and recognition for our female athletes.

While I'm over the moon to be awarded the B&T Diversity Award for this campaign, the real pride comes from those moments where diversity and cricket go hand-in-hand and can inspire others.